...but I made a Christmas wreath this weekend! My mom and aunt were here visiting and we wanted to do a craft project. I took this as an opportunity to make the Christmas wreath that has been floating around in my head for a while now! The project seemed simple enough...I wanted to make a square/rectangle shape covered in green sheet moss and embellished with a few holly berries and ribbon. Well, the square/rectangle form proved impossible to find!!! So, I was very frustrated to say the least. I am one of those people who freaks out when something doesn't work out exactly as I planned! I refused to make a round wreath just because I could not find a square form and then...I had an epiphany. I would use....a picture frame! Genius, huh? I figured and 11x13-ish size would be good and was about 90% sure I had one in the garage somewhere. The problem was finding the thing. I happily found one behind the armoire in my room complete with a matte that made it just the width I needed. 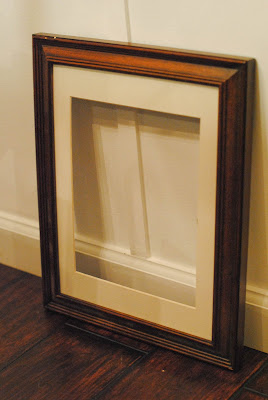 Then, I covered the whole thing in brown packing paper to make a uniform surface for the moss to adhere to. 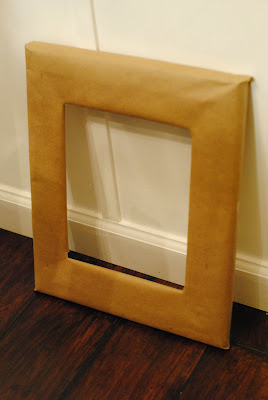 Now the moss... Ahh, the moss... (Enter problem #2 for the wreath project.) I found the sheet moss at Hobby Lobby, but it was a bit more than I wanted to pay for this project. I mean, the whole point of me making the wreath was to save money. The moss was going to cost between $16-$20, so I found some reindeer moss at the Dollar Tree and only spent $4 instead!!! (I actually bought 5 to make sure I had enough but I only used 4 packages.) 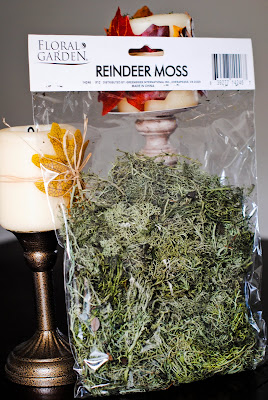 This moss was not the flat, sheet moss that I wanted but I liked the price so I got over it. It gave the wreath a different look than what I wanted and was much harder to work with, so I decided if I had to do it all over again, I would wait till the moss was 50% off at HL and get the moss I really wanted. I only recommend using the reindeer moss for this project if you have lots of patience! (And don't mind the more 'fluffy' look that it gives the wreath.)
I didn't get any pictures of the gluing on the moss process (probably because I was covered in moss and trying not to lose my mind!) LOL But, basically I just hot glued small areas at a time and globbed on the moss. It was a tedious process & I had to go back and fill lots of bare spots but I finally got it covered. Then, I added some holly berries I also picked up at HL and a red bow. Some red ribbon for hanging and it was finished! 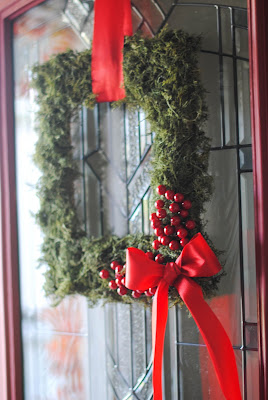 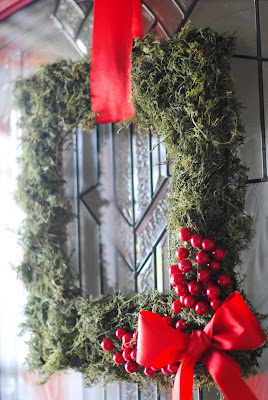 I am looking forward to hanging it the day after Thanksgiving ;) And hoping that birds don't destroy it by stealing the moss for their nests! lol
Oh! I forgot the best part! The wreath only cost about $9.50 since I already had the frame and thanks to my Dollar Tree moss!!! If I would have found the ribbon at the dollar store as well, I could have done this for about $7 including the paper I used to cover the frame. I was excited since you can't really get a holiday wreath under $20 and usually they are much more than that!
I'm linking up to Polly Want A Crafter's linky party here and The Thrifty Home's Penny Pinching Party here!
Also, Young & Crafty's Free for All party!

Posted by blessedbeyondmeasure at 10:30 AM

I looooooove getting feedback and hearing from my readers! :)